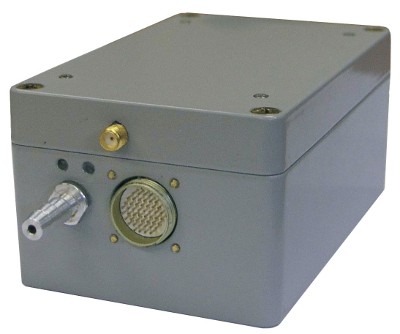 Compact GNSS-aided inertial navigation system Nav-2M is based on compact MEMS inertial sensors and as a source of reference navigation data it utilizes built in GPS/GLONASS receiver. System can be installed on any type of railway vehicle. The system determines position coordinates (latitude, longitude and height) and attitude angles (pitch, roll and heading) along with accelerations and angular rates of the vehicle body motion with respect to the local-level frame. The MEMS sensors are 3 accelerometers and 3 angular rate sensors, magnetometer and a barometric altimeter. The magnetometer is used only for internal reference purposes and can not be used as a reference source of magnetic heading data.

The Nav-2M system can function as a primary or supporting source of navigation and attitude data. The data is output via standard serial interface RS 232 or optionally via RS422 interface.

Although the system incorporates built in GPS/GLONASS receiver, the unit can be connected to external GNSS receiver per customer request. The external receiver must be capable of NMEA 0183 data output.