Railway Track is an integrated system for railway track diagnostics perfectly suitable for applications on high-speed trains (up to 350 kmph).
Based on inertial, optical, satellite and geoinformational technologies, Railway Track provides track geometry measurements as well as diagnostics of short irregularities on the rail surface.


Railway Track is an integrated system for railway track diagnostics providing track geometry measurements as well as diagnostics of the short irregularities on the rail surface. Based on inertial, optical, satellite and geoinformational technologies, RailwayTrack is intended for applications on high-speed trains (up to 350 km/h). Because of the modular build Railway Track can be mounted on the bogie of any regular passenger or freight train as well as integrated in the software and hardware of track inspection vehicles.

The rail surface defects diagnostics is accomplished by means of inertial measuring units (IMUs) mounted on the axle boxes.

The track geometry parameters are measured according to the standard EN 13848 with a specially designed strapdown inertial navigation system (SINS). At the same time SINS with the GNSS receiver provides a precise localization of measuring point through geographic (latitude and longitude) coordinates and track ones. 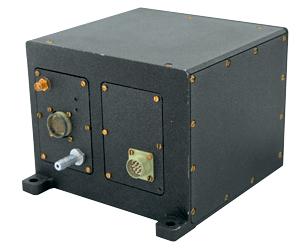 A specially designed for railway applications Strapdown Inertial Navigation System (SINS) GNSS aided. A monoblock unit with SINS and the surface analyzer (a pair of laser scanners) is mounted right on the bogie frame which improves the track geometry measurement accuracy. 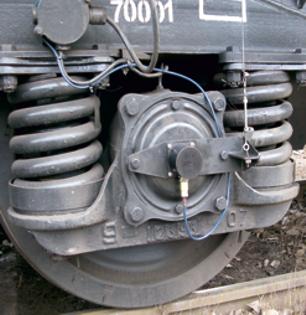 IMUs based on MEMS (Micro-Electro Mechanical Systems) inertial sensors, are relatively low-cost, small-sized, and able to function in heavy shock and vibration conditions, with severe electromagnetic interference and temperature gradient. A set of four IMUs mounted on the axle boxes is used for rail surface irregularities detection.